While all eyes are on the impending launch of AMD’s new Ryzen 7000 desktop processors, the chipmaker also has its wheels in motion for the future of its mobile product lineup. And while we’re still quite a bit away from the first Zen 4 mobile parts, more immediate on AMD’s roadmap is their Zen 2-based Mendocino SoC, which is aimed at mainstream laptops. Mendocino APUs are set to launch next quarter, and to prepare for that launch, AMD today is updating their mobile processor numbering scheme to accommodate those future products.

The short version of matters is that while the new numbering system is quite similar to AMD’s previous system (e.g. Ryzen Mobile 6000), the company is now dedicating a digit to represent the version of the Zen architecture used. With AMD set to have Zen 2 (Mendocino), Zen 3 (Rembrandt), and eventually Zen 4 (Phoenix) mobile APUs all on the market at the same time, AMD has decided that they need to better disclose the architecture used underneath – a “necessary evil”, as former AnandTech CPU editor Dr. Ian Cutress put it, to avoid any improprieties (perceived or otherwise) that AMD is misleading customers by offering multiple versions of the Zen architecture.

So without further ado, here is your decoder for AMD’s Ryzen Mobile product line for the next few years.

“Model year” is the operative term here, as the Mendocino APUs would be the first products to use the new numbering system, even though they’re launching in the tail end of 2022. So similar to automobiles, AMD is operationally giving themselves some leeway to fold end-of-year products into the following calendar year.

In accordance with AMD’s APU mixing, this also gives AMD further room to recycle/refresh existing parts for future model years by incrementing the model year number. To be sure, AMD is already doing this with parts like the Renoir/Zen 2-based Ryzen Mobile 5000 chips, which in turn has led to some of the confusion AMD is looking to resolve with their new numbering system. One way or another, OEMs want to have parts with “current” model year numbers, and as AMD isn’t going to be doing top-to-bottom overhauls of its mobile APU architecture every single calendar year, this is the compromise to allow AMD to refresh their hardware as development and market conditions allow.

Meanwhile the second digit is remaining as the market segment of the chip, indicating if it’s a Ryzen 3, 5, 7, or 9 part. AMD has used this digit pretty loosely over the years, broadly incrementing it for higher-segment parts, and that practice is set to continue under the new numbering system. That means 9 and 7 will be Ryzen 9 and 7 respectively, while 8 will be split between both Ryzen 9 and Ryzen 7. Meanwhile Ryzen 5 will use 5 and 6, and finally Ryzen 3 will use 3 and 4. 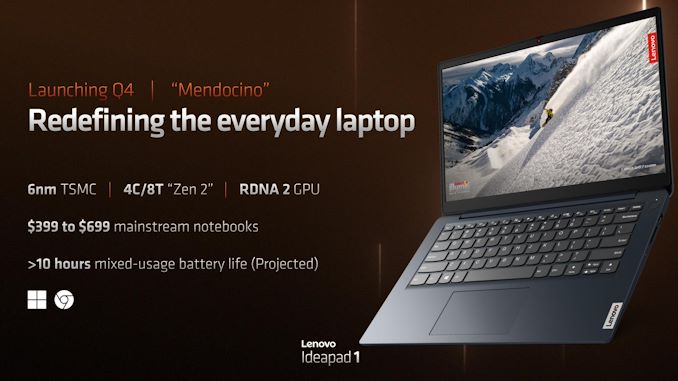 As stated earlier, this is the biggest and most important change to AMD’s numbering scheme. With the upcoming launch of the Zen 2-based Mendocino APUs, it’s in AMD’s best interests to make sure they are clearly disclosing the CPU architecture being used, so that consumers are not being duped by thinking they’re getting a chip based on a newer architecture like Zen 4. With AMD seemingly set to only update a fraction of its chip lineup each calendar year – and the model year digit essentially being worthless for determining the architecture used – this is how AMD will be able to have a single product stack comprised of different chip architectures while still making the necessary disclosures to avoid misleading consumers.

Rounding out the digits, the fourth digit is the minor performance segment for a chip. Even with 7 major market/peformance segments, AMD often offers a couple of chips in each segment. So the fourth digit will be used as the final element to indicate whether this is the faster or slower (higher or lower) chip within that market segment. Notably, there are currently only two values planned for the fourth digit: 0 and 5. 0 will be the lower segment part, and 5 the faster. And, should AMD opt to introduce a third chip within a given market segment (e.g. a third Ryzen 5 753x), then there is plenty of room for additional values. 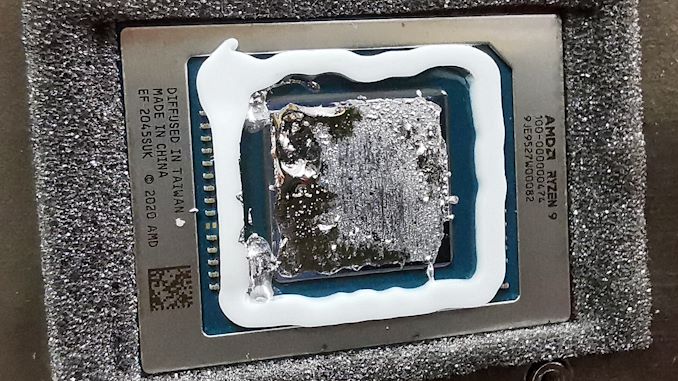 Finally, the suffix will continue to indicate the TDP of the chip. This is unchanged from AMD’s current use of suffixes. So HX will be the top-end 55W+ parts, HS the 35W parts, U the 15W parts, and lower-case e their 9W parts. AMD is dropping the H suffix, however; while the company doesn’t talk about future products, this is a less-than-subtle hint that the 45W SKUs are going away in favor of maintaining clear groupings of 55W and 35W parts.

Meanwhile SKUs specifically aimed for Chromebooks will also retain their C suffix to differentiate them from AMD’s normal chips designed for full-fledged laptops. For the moment, all of AMD’s Chromebook chips are 15W-28W.

Taken altogether, it’s easy enough to see/project how future AMD chips will be numbered. A rebadged version of the Rembrandt-based Ryzen 7 6800HS, for example, would end up being something like the Ryzen 7 7730HS. Joining that, a Mendocino chip would end up being along the lines of the Ryzen 3 7320. And farther down the line when AMD launches their Zen 4 mobile APUs, you’ll have something like the Ryzen 9 7945HX (to be sold alongside the slightly slower Ryzen 9 7940HX and the lower power Ryzen 9 7945HS). And taken to an absurd degree, this system does give AMD room to do some particularly crazy combinations, such as resurrecting the Zen+ based Picasso in 2025 for the Ryzen 9 9915HX.

Pragmatically speaking, if you’re not a regular AnandTech reader you’re unlikely to remember the full scope of AMD’s mobile chip numbering system – and even AMD knows as much. But by using a consistent numbering system that progressively increases in value with the performance of a chip, AMD should be better able to communicate what’s under the hood and how their chips are meant to compare to each other.

Pictured Above: A Ryzen Mobile decoder wheel AMD distributed to the press. It’s less daunting than it looks